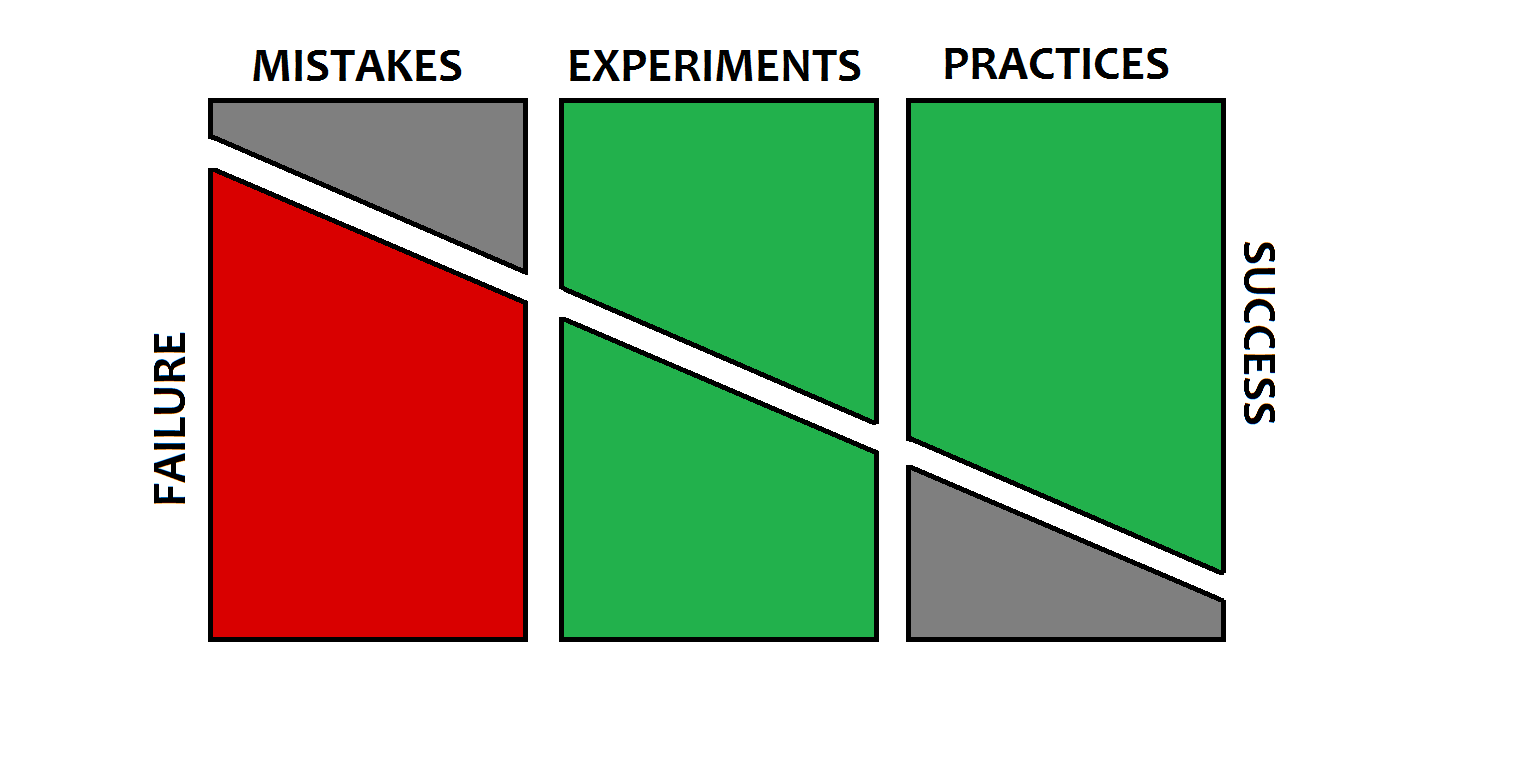 Everyone is talking about error culture and that companies should embrace it. Jurgen Appelo sheds some light on this topic by bisecting the term “error” and introducing a tool to celebrate the right kind of errors. 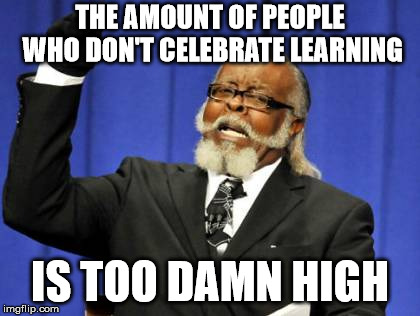 The term “error” is broken down into mistake and failure.

Mistake is a behavior, failure is an outcome.

But not only mistakes lead to failure. And mistakes do not always lead to a failure. Argh!

Hence we need a matrix or a grid!

It separates behavior and outcome: Behaviors are making mistakes, running experiments and following good practices. The outcome can either be a success or a failure. 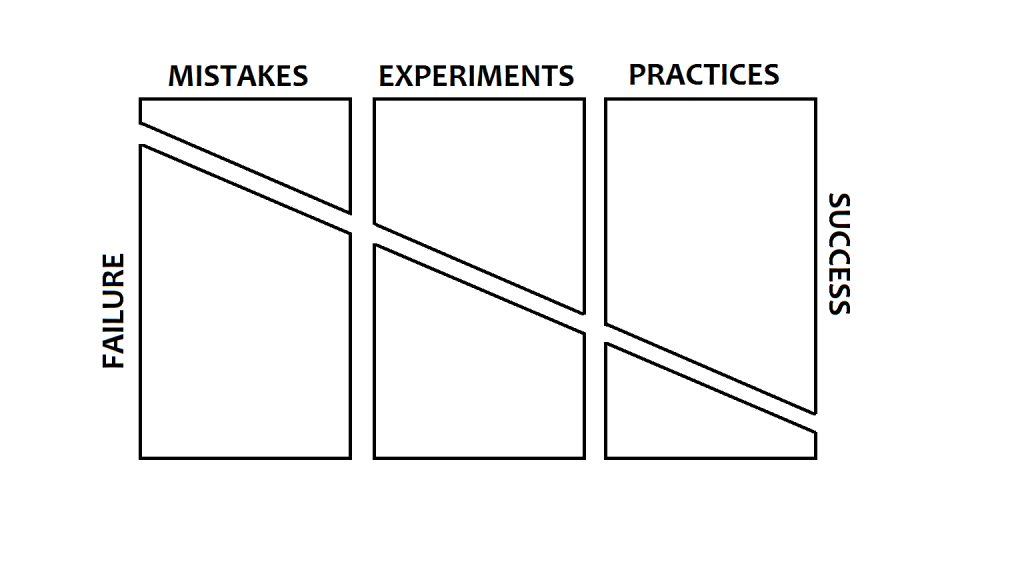 This separation is useful, because now when someone is saying: “I made an error!” we can now ask: “Did you make a mistake, were you running an experiment or did an otherwise good practice went wrong?”

Why is it a good idea to run experiments instead of just changing things?

If You declare an action as an experiment, you always keep in mind that everything you try can either succeed or fail!

It gives you a security net, an a-priori-keeping-your-face, status quo ante bellum situation. If an experiment didn’t worked, move to the next.

No worries. You learned!

What should You celebrate? 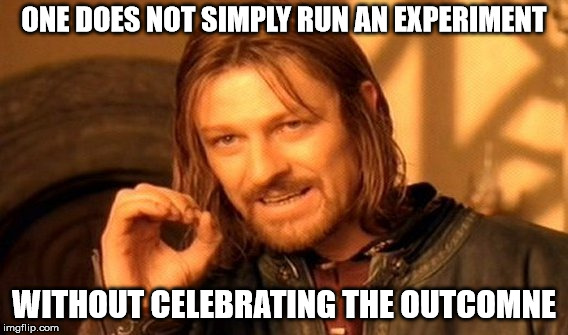 Definitely not mistakes leading to failures 🙂

You should celebrate the success of good practices and the outcome of experiments whether they succeed or fail, because you learn the most. 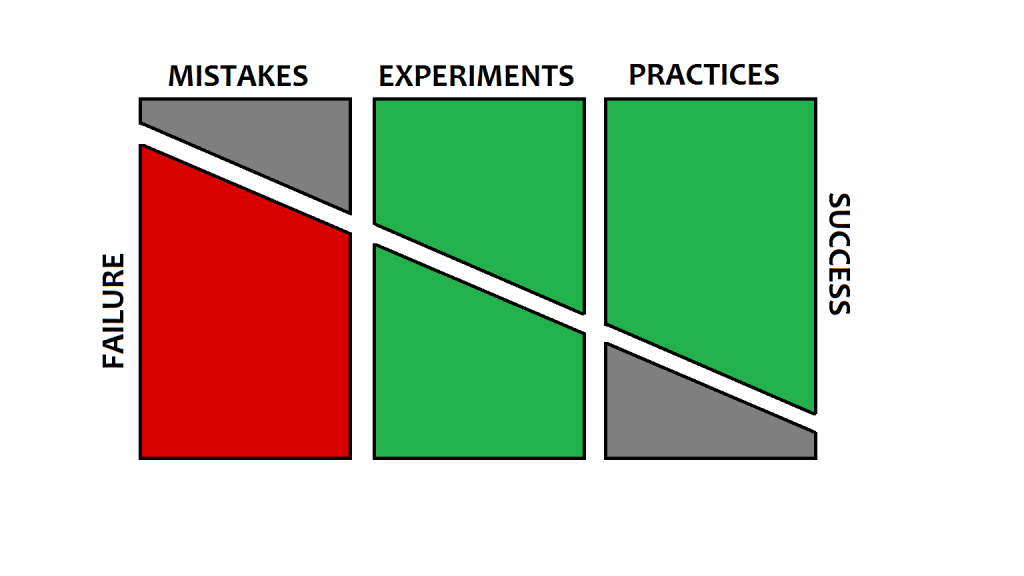 Introducing the celebration grid is of course an experiment in itself.

It was / is uncertain if the team will accept it.

The first attempt to establish the grid lead to a failure: due to company policy it is not allowed to attach posters to the hallway walls. so we had to remove it. Bummer! 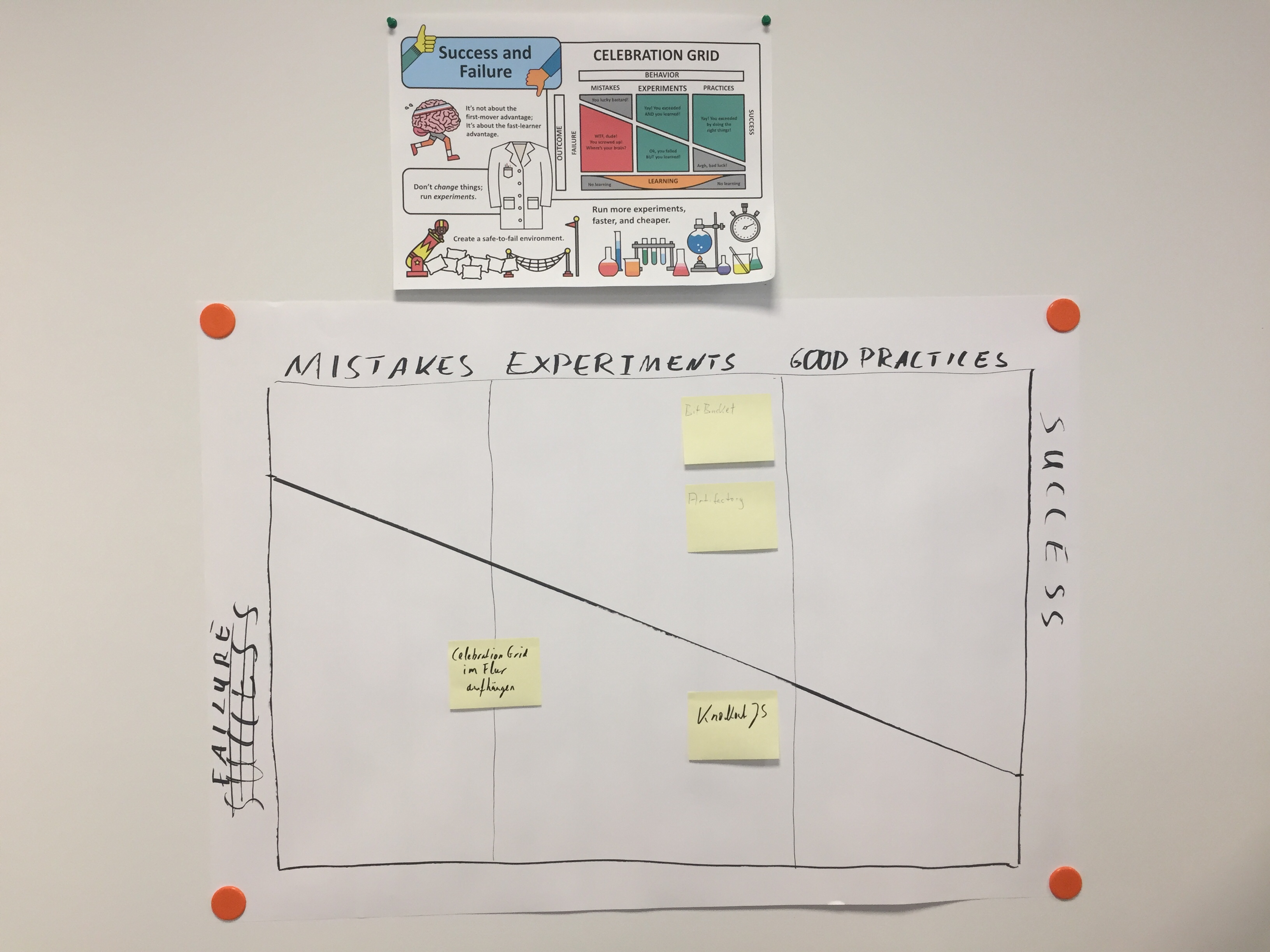