In the realms of Data Science you’ll encounter sooner or the later the terms “Precision” and “Recall”. But what do they mean? 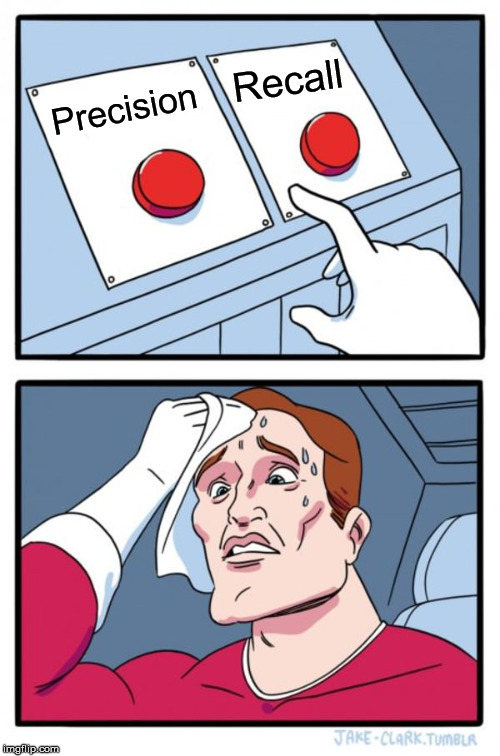 Living together with little kids You very often run into classification issues:

My daughter really likes dogs, so seeing a dog is something positive. When she sees a normal dog e.g. a Labrador and proclaims: “Look, there is a dog!”

If she now sees a fat cat and proclaims: “Look at the dog!” we call it a False Positive (FP), because her assumption of a positive outcome (a dog!) was false. A false positive is also called a Type 1 error

If I point at a small dog e.g. a Chihuahua and say “Look at the dog!” and she cries: “This is not a dog!” but indeed it is one, we call that a False negatives (FN) A false negativeis also called a Type 2 error

And last but not least, if I show her a bird and we agree on the bird not being a dog we have a True Negative (TN)

This neat little matrix shows all of them in context: 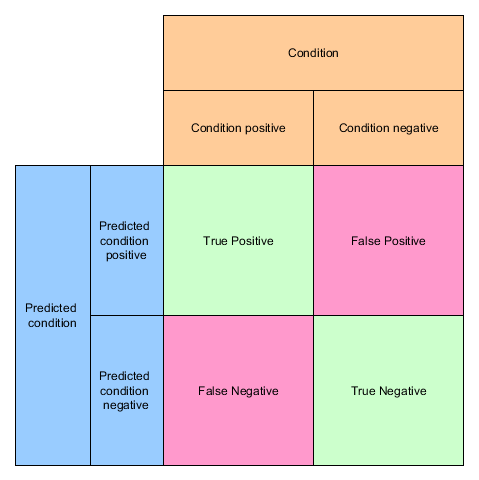 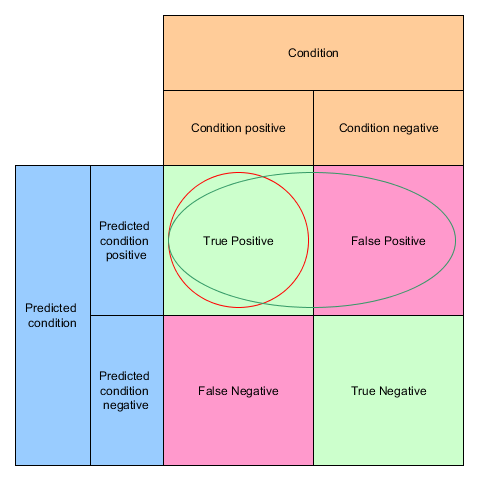 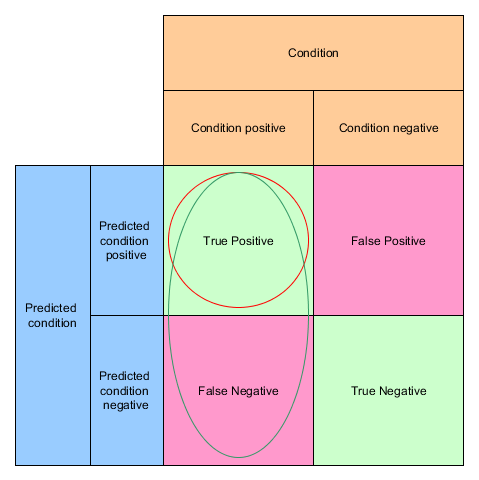 Which measure is more important?

If you’re a dog lover it is better to have a high precision, when you are afraid of dogs say to avoid dogs, a higher recall is better 🙂 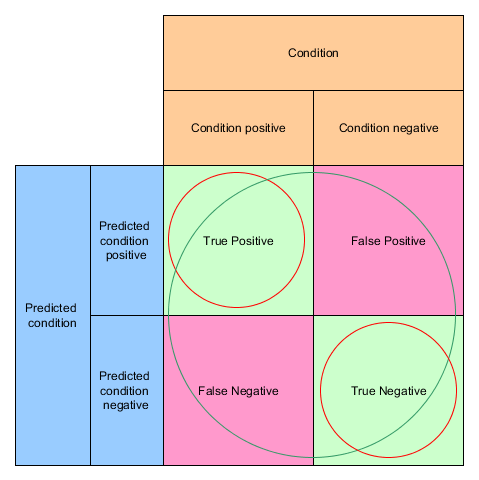 You can combine Precision and Recall to a measure called F1-Score. It is the harmonic mean of precision and recall

scikit-learn being a one-stop-shop for data scientists does of course offer functions for calculating precision and recall:

In this example the precision is 0.666 or ~67% because in two third of the cases the algorithm was right when it predicted a dog

The accuracy was also just 50% because out of 6 items it made only 3 correct predictions.

What other scores do you encounter? – stay tuned for the next episode 🙂