The Peter Principle by Laurence J. Peter and Raymond Hull 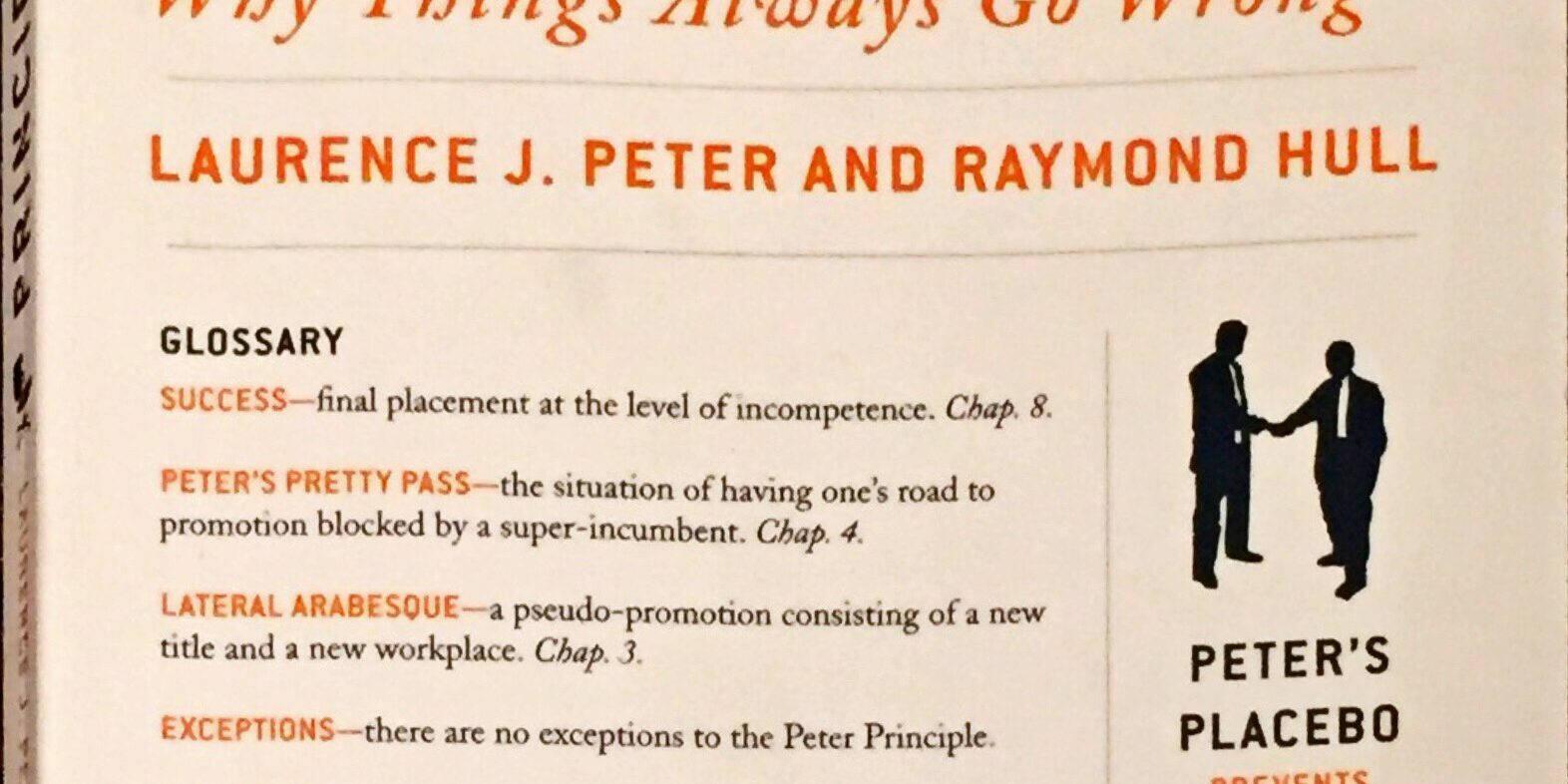 I think I first came across the Peter Principle in the context of The Dilbert Principle.

Where Scott Adams states in a satirical fashion that “leadership is nature’s way of removing morons from the productive flow”, Peter and Hull just say that everybody in a big enough hierarchy always gets promoted to a position where he no longer can succeed and so reaches his personal level of incompetence.

On 153 Pages the Authors elaborate on this principle. It is fun to read especially when you’ve already worked in a big organization with lots of ranks because you will definitely find some analogies to your own experience.

You always wonder why your incompetent co-workers get promoted?  Here you will find the answers. Peter and Hull invent a lot of pseudo-scientific terms to describe the symptoms of what they call “the final placement syndrome”.

Have a boss that cannot decide anything? Perhaps he suffers from the Teeter-Totter Syndrome?

Have a co-worker who cannot stand having papers and books laying around on his or her desk? Papyrophobia!

At the stage of final placement an employee will not be idle but quite the opposite and will often suffer from medical issues. This book is also giving advice how to avoid promotion without directly declining it. Because declining a promotion is the worst thing You can do. It can even ruin your life. The trick is to develop habits that will prevent You from ever being considered for a promotion!

The more You read the more You wonder if You reached the stage of final placement already yourself. Am I still doing useful work for my company? Have I already been promoted to the level of incompetence? If You want to find out for yourself this book is a must read 🙂

The Peter Principle on Amazon

Five Books every Junior Developer should own
October 2, 2022