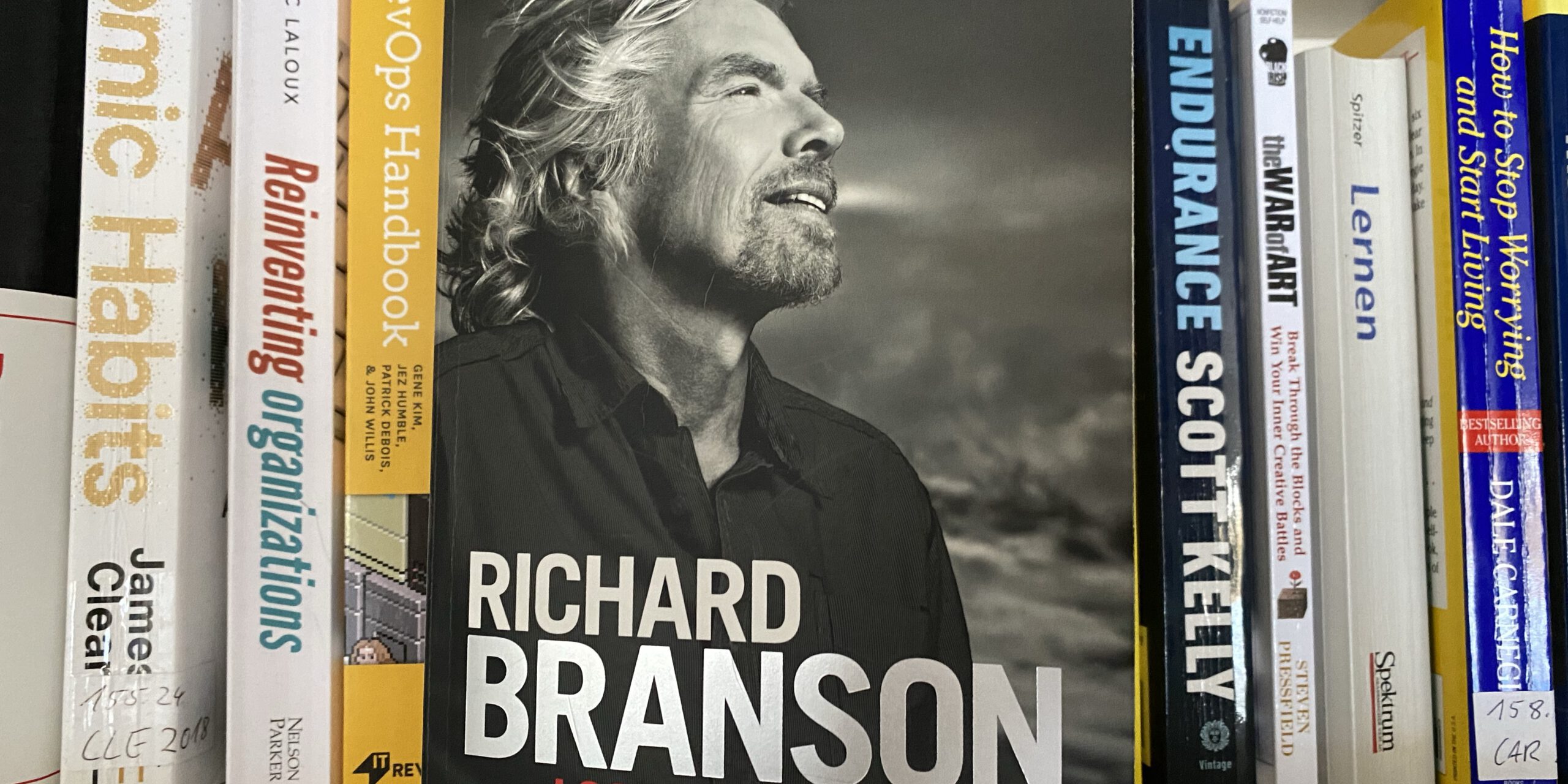 Who is the author?

Richard Branson: There is almost nothing this man hasn’t achieved.

A private island in the Caribbean, the knighthood, crossing the Atlantic and the Pacific in a hot air balloon. And then there’s a little company called Virgin with a whopping 40+ affiliates. Did I mention that Virgin Galactic also flies into space?

What does the man still want to do?

Since it is an autobiography, the structure is chronological. Richard Branson tells in a jovial style from the very beginning how he grew up, started his first student newspaper (despite dyslexia!) And came into conflict with the law with his first record business.

Then he produced his Tubular Bells with Mike Oldfield and thus landed a huge success. After that nothing could stop him, no matter what he touched became gold: the airline Virgin Airlines, rail travel with Virgin Trains, telephony from Virgin Mobile; hardly an industry he has not snooped into in order to bring about significant improvements in services. This activity then made him a billionaire over the years.

However, he never tires of investing in groundbreaking projects such as the Green Earth Challenge on greenhouse gas reduction and HIV prevention.
What are the most important wisdom?

Screw it, let’s do it! – this is probably the most important motto of the balloonist Branson. One would almost think that the more reckless an undertaking seems, the more interesting it becomes for him. This, e.g. his balloon rides cost almost his life, it does not stop him from taking new risks.

Entrepreneurship pushed to the extreme. The reason is his passion to conquer new business fields his lifeblood.

Who reads this book, can quickly get inferiority complex. What this man tears everything in his life alone is bordering on insanity. And who thinks that so much success can be accomplished only by asshole behaviors, is taught here a better. Down to earth, unpretentious, almost a bit shy, Branson describes his adventures. A guy with whom one would like to hiss away in the pub a few beers.

Buy this book on Amazon

Five Books every Junior Developer should own
October 2, 2022